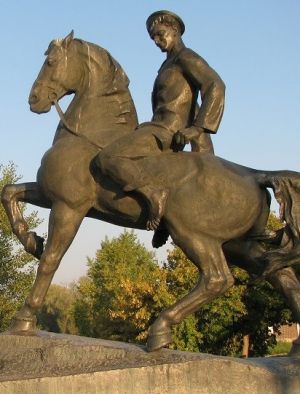 The city of Aksaj is located on the right I bank of the Don river.

There is an exhibition of armaments from the beginning of the XX-th century, including planes, military cars, guns and anti-aircraft installations, fighting machines of infantry, tanks, military boats and many other military items.

The museum complex " Post station of the XIX-th century " is part of a military-historical museum. In the post station outstanding figures of Russian history stayed in the Aksaj stanitsa in XIX - XX centuries on the way to Caucasus.

You can get acquainted with the history of the post station and Aksaj as well and to drink tea from an ancient Russian samovar.