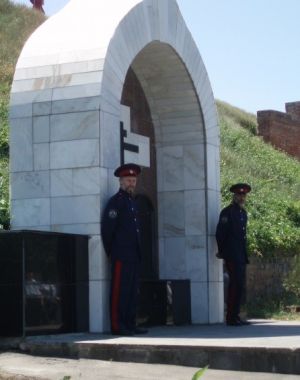 Azov, is one of the oldest towns of the region, strategic situated at the mouth of the river Don, close to the site, where the river flows into the Sea of Azov. At this place, in former days the Great Silk Way to China also used to start.

The history of Azov started more than two thousand years ago, when the first settlements were founded. Literary and historical tradition dates the first record of Azov to 1067. The history of this town is connected with the Russian tsar Peter the Great. In his times the town was the largest economic, political, military and cultural centre, the sphere of influence which included the whole South of Russia.

Under the names Tana-Azak-Azov this ancient city of the Don area has gone down into Russian and world history. Azov is a classical example of the watch-tower system fortress. Ramparts and the Powder Magazine are unique examples of military engineering art of the XIV century. The pedestrian route about the historical path of the town allows You to become utterly absorbed in the past of this original town.

The Azov Archaeological and Paleontological museum has become a keeper of one of the largest and most valuable collections in the South of Russia. The collection comprises the material, reflecting culture of the numerous people who lived on the Azov Sea coastland during different historical periods. There is the unique paleontological collection, including a dinotherium skeleton and two skeletons of mammoth trogonotherium. Azov is famous for its great Cossack victories. A heroic defense of Azov-the siege- had been lasting for 3 months. 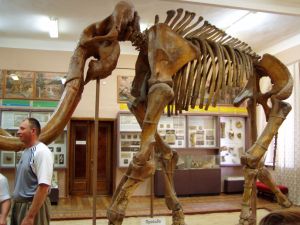 Cossack withstood 244 attacks of Turkish troops. The Cossack army with 5000 warriors defended the town against 240000 Turks.

Capture and devastation of Azak by Tamerlan troops, the Azov siege and the Azov campaign of Peter I against the Turks are only some pages in the history of this wonderful city. The remains of the rampart, the moat, Genoese wall, Alexseev's gate and other fortification works have been preserved on the territory of ancient Azov. Azov is holding in remembrance Venetian merchants, Tatar-Mongolian hordes and Turkish warriors.

This is the place, where Peter the Great's Azov Campaigns were held and where the glory of the Russian army and fleet was formed.