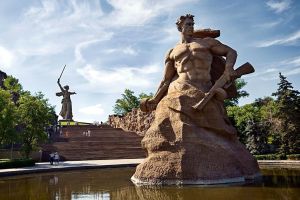 There are a huge number of monuments in Volgograd. During the Second World War there took place a major land battle in the history of humanity that called Battle of Stalingrad. That was the turning point in the course of military operations, after that the German troops finally lost the strategic initiative.
The most important battle here was for the Mamaev Kurgan. The most vehement strife occurred for this object. “The Motherland Calls!” - the main sculpture on Mamaev Kurgan. One of the tallest statues in the world!

There are several common and individual graves on Mamaev Kurgan, where lie the remains of more than 35000 people.
In addition, here you can find the largest monument of a real person in the world.
In 2018 Volgograd will host the championship FIFA 2018. 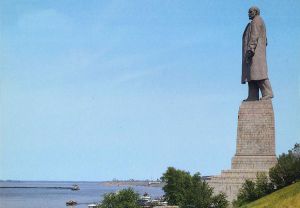