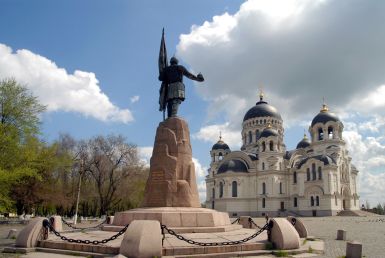 Novocherkassk is the historical and modern capital of the Don Cossacks and one of the biggest towns in the Rostov region (35 km from Rostov).

Novocherkassk was founded in 1805 by the ataman (Cossack army commander) Matvey Ivanovitch Platov, following the project of military engineer lieutenant- general Franc Devolant. The new Cossacks capital - the New Cherkassk town- was built using the most contemporary examples of European architecture of the époque but at the same time taking into account the Cossack cultural traditions. Being the administrative capital of the Don Cossacks, Novocherkassk was inhabited mainly by people of Cossack origin. But there were also residents from other places, including people of different nationalities.

During the Revolution years, Novocherkassk served as the refuge for the Provisional government. Two white armies were created there - the Don army and the Voluntary army. In fact, Novocherkassk was the center of the contra-revolution from 1917 until January 1920. When the Soviet power came to the town, Novocherkassk was reduced in its status from a Cossack capital to an ordinary town. Later on it became an important town, being the industrial, scientific and cultural center of the Don land. 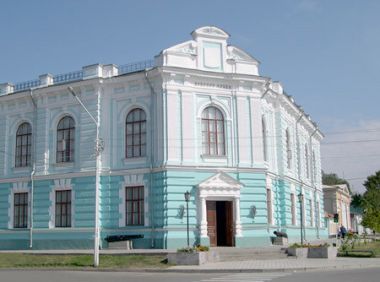 The Vosnesenskiy (Resurrection) Cathedral is the architectural treasure of Dom-Land and the biggest cathedral in the region. It was built in the Byzantine style.

More than 15 churches of different religions, such as Russian Orthodox, Roman Catholic, Lutherian are existing in Novocherkassk. An orthodox Armenian Gregorian church will be built soon as well.

About 200 thousand people of 88 nationalities live in Novocherkassk,

Novocherkassk was recognized not only as an historical, but also as a modern capital of the Don Cossacks and the Cossacks of whole of Russia. The foreign Cossack communities recognize Novocherkassk as the world capital of Cossacks.