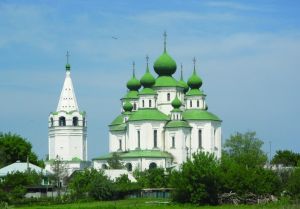 The history of the stanitsa (village) Starocherkasskaya is a vivid history of the Don Cossacks. It represents the unique and complete historical and architectural assembly of the Nth-2oth centuries, the ensemble of significant material and spiritual value. With great interest the visitors of this stanitsa get acquainted with the history and life mode of the Don Cossacks, with their traditions and customs.

Starocherkassk's historical and architectural museum-reserve is included into UNESCO international tourist's guidebook. It's a kind of encyclopedia of the Don Cossack’s live in the 16-18th centuries.

The museum complex in the stanitsa was formed on the basis of an unique integral ensemble. It consists of the Resurrection Cathedral of the Cossack Army with the bell tower, parish churches, the Ataman's estate, typical Cossack kurens (cottage) and the fortress of the 18th century. In 1753 Matvey Platov, the future Cossack Ataman, a full- ranked general and hero of the Patriotic War of 1812, was born in the stanitsa. Starocherkassk is the cradle of the Don people. 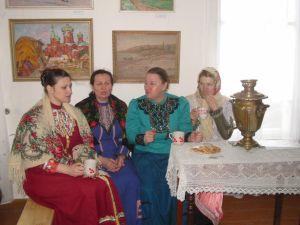 Historians attribute the foundation of Starocherkassk back to 1570. It was reinforced with ground walls, ramparts and a guard tower. Numerous ditches filled by vernal water made the stanitsa look picturesque, it used to be called “the Don Venice". The museum collection is impressive and comprises weapons, portraits of the Don atamans and an ethnographic collection. All the items represents the live of an ancient Cossack settlement.

In the 16th century Starocherkassk (Cherkassk then) was the capital of the Don Army.

Brave and freedom-loving people founded Cherkassk, defended it in many fights against Turks and Tatars and declared it their capital. Many years passed since that time but the history of Cossacks is not forgotten. It still lives in monuments, legends, songs and in memories of many generations.

Now in Starocherkassk there are nearly 150 memorials of history and culture of the 18th -2oth centuries. The typical houses of the stanitsa's (called kuren) have a distinctive architectural style (2 floors, a narrow balcony and colorful shutters) and specially designed to protect occupants against flood. 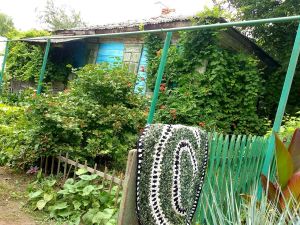 The most interesting among these memorials is the Resurrection cathedral. It was founded on the initiative of Peter the first. Tourists are usually deeply impressed of it's wonderful iconostasis with 125 icons of the 18th century in it. All these icons are made of wood. The galleries of the Cathedral are decorated with pictures showing plots from the Bible and the Gospel. Next to the Cathedral there is a bell-tower in the basement of which there was a prison.

Now the stanitsa is famous for its religious value. Besides, there is a big orthodox monastery, which recollects traditions of the monks' spiritual deeds. The history of Starocherkassk is closely connected with severe peasants' wars and attempts in order to keep the freedom of the Cossacks in the steppes of the Don.