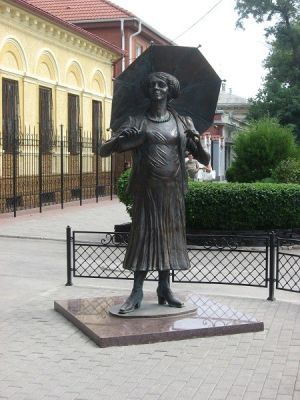 Taganrog is an important historical, cultural and economic center in the Rostov region.

This cosy town is the port at the northeast coast of the Taganrog gulf of the Azov sea, surrounded by sea from three sides.

The town was founded as the main base of the Russian Navy and is the largest fortress in the south of the Russian state. Peter the Great in person has chosen the site for the building of the new town (27th July, 1696). On the 12th September of 1698 the Moscow Pushkarsky prikaz (Canon's Office) issued a decree on the construction of a fortress and port on the Tagan-Rog cape.

Through the end of the 18th to the beginning of the 19th century Taganrog was developing as a trading town where many people and various faiths were represented. Taganrog was almost the only place in the southern part of Russia where extended trade with foreign countries was possible. Taganrog kept its position of the largest port for foreign trade until the 186os. Taganrog is a fortress, a museum-city and the birthplace of the great Russian writer,  A.P. Tschechov. His literary and social activities are inseparable from the city.

There are several museums in the town, such as  “Tschechov's house”, “Tschechov's store”, the “Gymnasium” and the Taganrog literary museum, dedicated to the life and creative work of this famous writer.