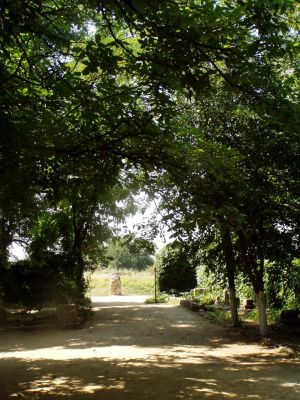 Tanais is one of the biggest open-air archaeological museums in Russia. Tanais is a colony founded in the  III-rd century B.C. by the Greek, who came from the Bosporus empire in Crimea.

In ancient times Tanais was a very important economic, cultural and political center, keeping the connection between the Bosporus settlements, the North of the Black Sea and the tribes that inhabited the steppes around Tanais and far from its borders.

Tanais is also the place where Europa and Asia werecontiguous to each other. Its situation on the edge of ancient Oecumene led to the creation of a special town culture and administrative structure, that reflected the mixed composition of the Tanais people.

There are several stages in the history of Tanais.

2 I-III century  AD when Tanais and almost all the settlements around were destroyed and burnt down as a result of the invasion of the barbarian tribes, that came from the West and participated in the “ Gothic campaigns" to the Roman empire.

3 lV-V century AD, when the life in town was ceased under the Hun invasion The excavations in Tanais are still going on and each season brings new data about the economic and spiritual life of this place of classical antiquity.