The Don Capital, Rostov-na-Donu (Rostov-on-Don), where the Unexpected Russia begins.

Founded in 1749 by the Empress Elizabeth, daughter of Peter the Great, Rostov-na-Donu lies up the river Don from where it enters the Azov Sea, for ages a crossroads of sea and land trade routes. Rising on the hills and along the right bank of the Don, it is the capital of the Rostov Region, in the south of Russia. Trade was the purpose Rostov was established and it became one of Russia's main ports of entry and a customs house for merchant ships from Greece, Italy, Turkey, Armenia, Persia, Russia, and many other far away ports. Rostov-na-Donu became known as, «The Gateway to the Caucasus." Here you may come to know through Rostov's many monuments, shaded parks and avenues, architecture and culture, the story of a truly historic community full of human experience and achievement as life has been, here, where the borders of empires have met and sometimes clashed, for 268 years.

A tour of the city central area will take us through a city alive and vibrant, rising into the hills along the banks of the river Don near the Azov Sea. During its 268 years of existence Rostov has grown from a small trading-post into the administrative center of Southern Russia. Its magnificent old 18th and 19th century mansions, brick and mortar houses, block apartments, and 21st century tower office buildings are the testaments to continuing progress and a future of a continuing, growing economy. We will pass 250 years of architectural styles such as classicism, baroque, gothic and modern style. The city is rich with beautiful parks, theatres and museums, casual cafes and delightful friendly restaurants. This tour will begin on the romantic street, Puskinskaya, turn into Gorky Park and across Bolshoi Sadova, the main East-west avenue. We will continue towards the old open market and the Cathedral of the Blessed Virgin Birth. From here we will walk a few blocks to the river, The Quay, passing some of the oldest parts of the early city. Here on the Quay the morning tour will end. You may join us for lunch or chose to lunch on your own and begin your free time. If you wish to extend the walking tour after lunch into the afternoon your guide will be happy to continue with you or the group and take you to the Rostov Museum and on to Theater Square. We suggest you take a walk along the most romantic street of the city- the Pushkinskaya (Pushkin street), in the evening, where you can feel the modern pulse of this charming city with its beautiful old mansion-houses, terraces, cozy cafes and restaurants.

Azov, where the secrets of an ancient site come to light in a coastal town in the Unexpected Russia.

The town of Azov is rich in museums, monuments and buildings that will carry the visitor on a path from the time of the prehistoric and Ice Age world to the historic period of the great Cossack defense of the city and on through the 20th century. Here also you will find a connection with the times when this was a fortress of the Ottoman Empire and how ownership passed back and forth by the fortunes of war and treaties. Here where the Great Silk Way to China began, over centuries of culture, history and adventures can be found in Azov.

The Don Venice, the Stanitza Starocherkasskaya (the Village of Starochrekassk or Old capital of the Cossacks).

This small Cossack village, once called, «the Venice of the Don," built on an island in the Don River, is the place of the old Don Cossack Host (army) and served as the center of the Don Cossack homeland from the late 16th century into the very early 19th century. Today the small village, a UNESCO recognized historic location, holds the heart and soul of the Don Cossack people, their history, and culture. On this excursion to Starocherkassk, you will come to appreciate the unique and truly remarkable way of life founded out of a spirit of independence and freedom the Cossack people became so well known for.

The New Capital of the Don Cossacks, Novocherkassk

Here is «New Cherkassk," capital of the Don Cossacks from 1805 and recognized as the traditional capital of Cossack people the world over. From its founding to present, this has become a significant cultural center for the entire region of Rostov. The wide streets were designed to accommodate the vast mounted cavalry of the Cossack army of the 19th century. Here is the great Ascension Orthodox Cathedral where the Cossack army, horse regiments, assembled, for the blessings and prayers of all before riding to so many engagements from the wars against Napoleon in 1812 to the great conflicts of the 20th century. Museums, monuments, churches, and streets will open to you a scope of Russian history and personalities, the heroes, heroines, the villains and their fates you would never expect as you visit Novochrekassk, the capital of the Cossacks in the Unexpected Russia.

A Piece of the world out of the pages of the earliest Greek historians.

Tanais, a Greek trading colony of the 3rd century BC

In the century following Alexandra the Great, Greeks from the trading empire of Bosporus, came here and built a city, Tanais. The ruins of Tanais today are a large open air «museum," where archaeology and research continues. Walking the narrow streets where Greeks and Romans once lived, had families, managed businesses and conducted city government and international commerce, you will take a step back into the time when the foundations of the western world were being laid. Here you will become acquainted with daily life, skills and trades, food, and the «Global economy» of the people of the seaport trading city of Tanais more than 2000 years ago.

The last Cossack outpost, the city of Aksai on the Don

Aksai, among the earliest Cossack settlements, is known for The Aksai Museum of Military History consists of five locations around the town; the Fortress and Customs House of the 18th Century with the Mukhina Balka nature reserve on the grounds. The Suvorov House, where the famous Russian strategist and victor over Turkish expansion in the region, spent the winter of 1783–1784. A Trade Fair of the 18th Century, the Old Post Station and Inn for travelers of the 19th Century, a museum of the 20th century weapons and a walk through a Cold War Era command bunker. Much of the work of the museum has helped to keep the long heritage of the town and its Cossack character.

The home of Anton Chekhov, the beautiful old town and port of Taganrog

This excursion visits the historical places connected with the life of the beloved and admired writer, Anton Chekhov. Beautiful streets, quaint cottages as well as 18th and 19th century homes of prospering merchants of the time still stand. The many museums will bring to light a period of gracefulness and charm in Russian history. It was here the man who would lead the formation of a great nation, Giuseppe Garibaldi, found inspiration for the idea of a united and free Italy while visiting in 1833.

Come and discover with us more of the «Unexpected Russia» in Taganrog.

This tour made for those who want to become acquainted with way of life of the Stone and Bronze Age villages inhabitants. In historical reconstruction open-air village, createdby scientists and archaeologists, you can see the settlement of the Stone Age which consists of threedifferent types ofdwellings: the sanctuary, processing workshopof flintand the boatworks. The Bronze Agesettlementconsists of two dwellingbuildings, church, sanctuary,shelter (with a cart), storage of materialsand garden. Also you can find here burial mound (typical for this area), fighting squad house and Cossack fortification.

A Piece of the world out of the pages of the earliest Greek historians.

Tanais, a Greek trading colony of the 3rd century BC

In the century following Alexandra the Great, Greeks from the trading empire of Bosporus, came here and built a city, Tanais. The ruins of Tanais today are a large open air "museum," where archaeology and research continues. Walking the narrow streets where Greeks and Romans once lived, had families, managed businesses and conducted city government and international commerce, you will take a step back into the time when the foundations of the western world were being laid. Here you will become acquainted with daily life, skills and trades, food, and the "Global economy" of the people of the seaport trading city of Tanais more than 2000 years ago. 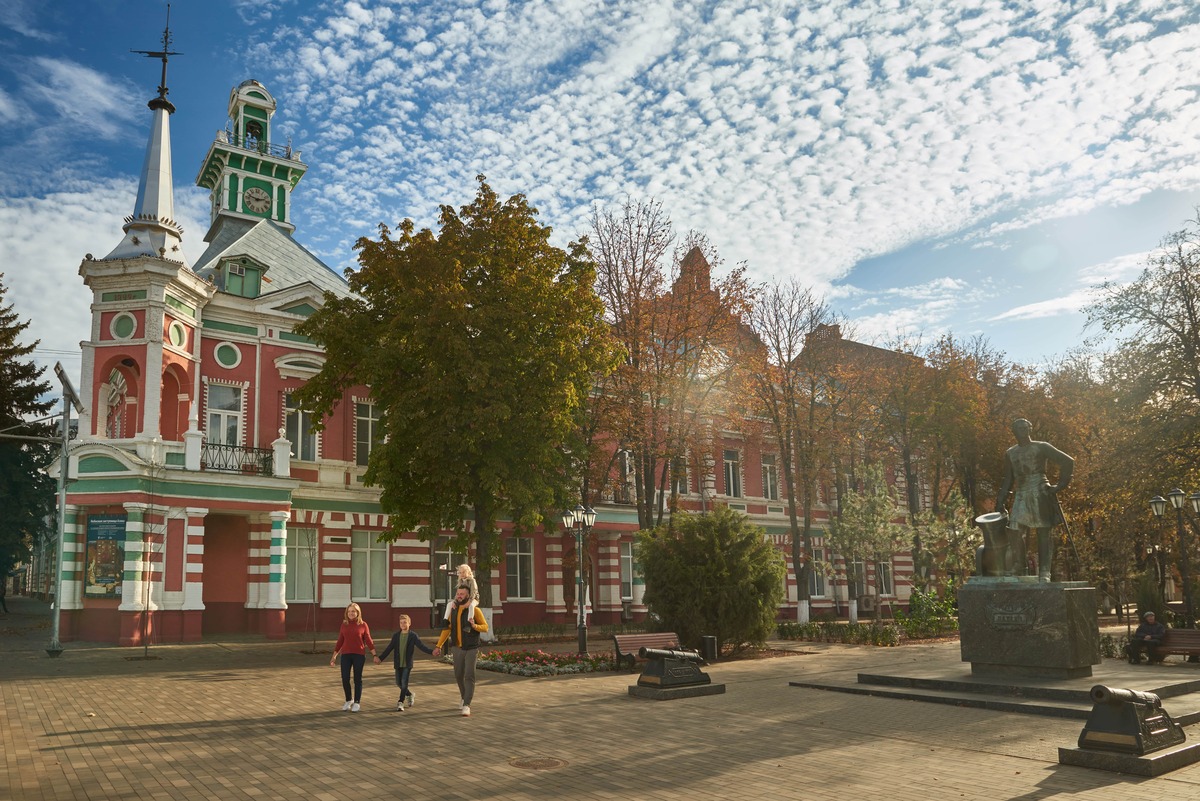 The Cossack Land tour designed to uncover historical path and original traditions of the Cossacks, the glory and destiny of the Don Cossack...
Tour duration: 5 days
Tour details 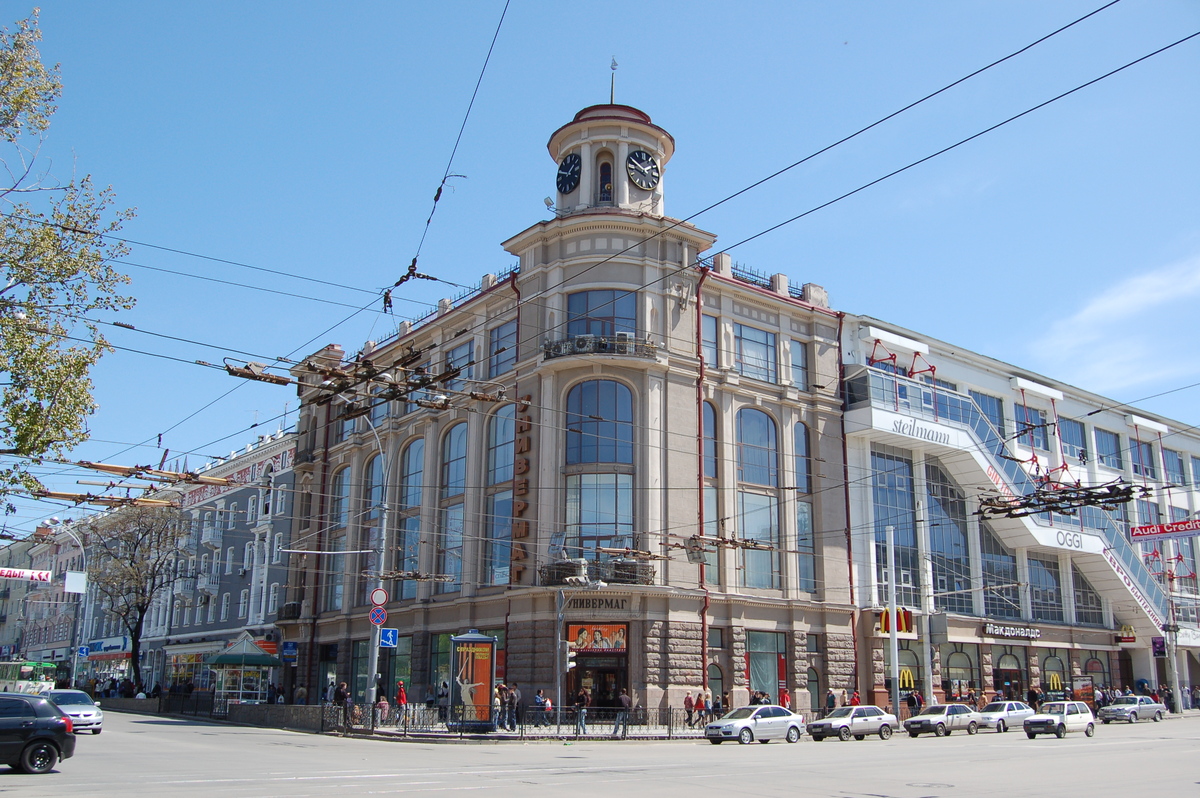 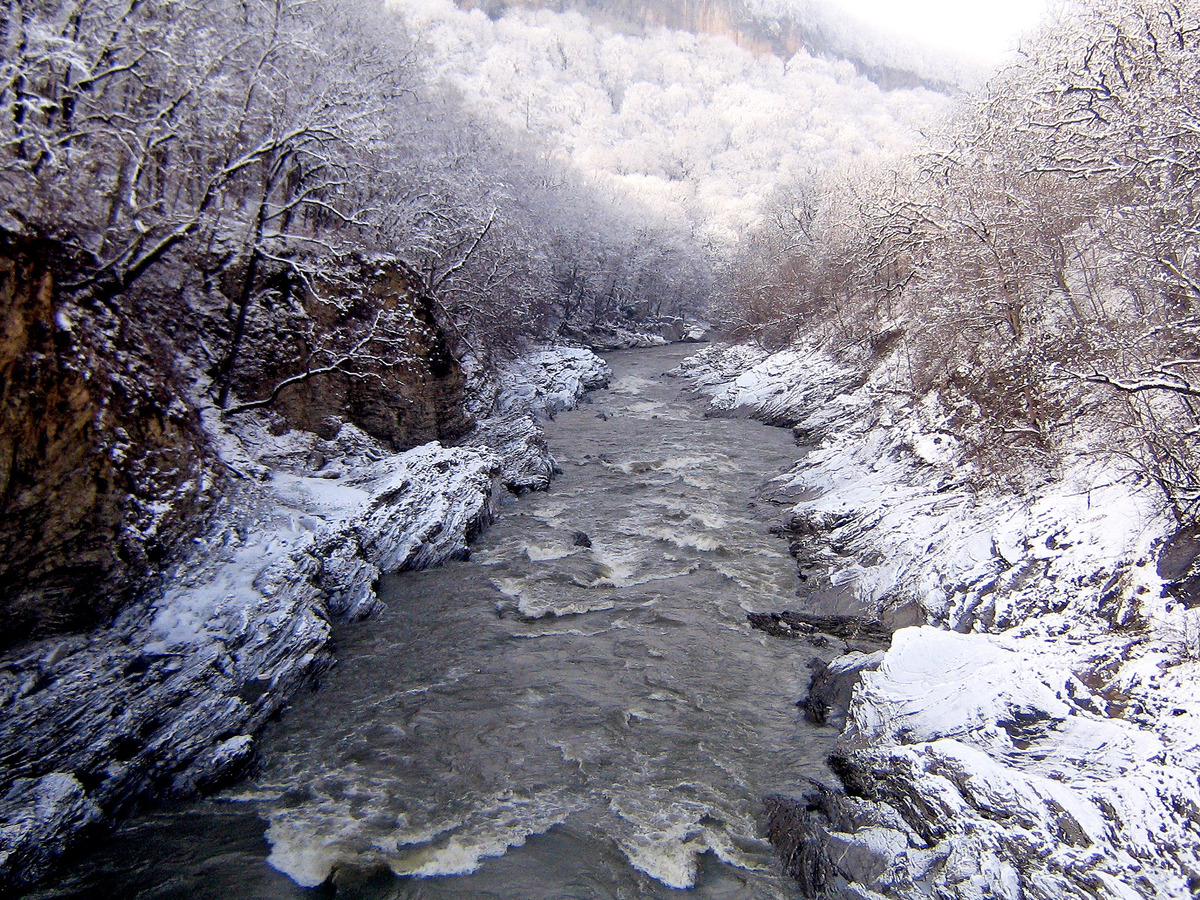